There's no doubt on how essential fennel seed can be to several dishes, from French to Spanish and every dish in between. However, there will always be times that we can't really use, whether because it is not available in our local grocery store or just because one of your family members is allergic to it.

But there’s nothing to worry about this, there are plenty of substitute for fennel seeds available in the market and they work quite well. So for today, I’ve listed them all for you. If you want to know what are these great substitute, then please keep on reading below.

These amazing fennel seeds are definitely a great addition to your diet. They are not only an excellent spice, but they can also give you with a wide range of health benefits. But just in case something will get in your way, then don’t hesitate to use other equally good ingredients to your recipes.

Below are some of the ingredients you can use instead of fennel seeds.

Anise seed is the closest substitute. There are so many people that say you can quickly switch fennel and anise as long as you will use the same amount, but this is not totally correct. People might have been confused due to the fact that these two plants are part of the Apiaceae family and both are being referred to as anise. But the truth is, even if both plants are very comparable, they are actually very different and their seeds come with variations in size, flavor, and texture.

Here are the key differences that you need to know!

If your local grocery store keeps on running low with their stock of fennel, then I suggest rather stock up some caraway seeds. Caraway seeds have been commonly used for sauerkraut, rye bread as well as a range of sausages. You can pair it nicely with cabbage; so if your recipe calls for any cabbage, then this could be the best substitute.

If you are running out of fennel while cooking for soda bread, cakes and biscuits, you can use caraway seeds to fill it in with an earthy flavor. Other recipes you can use caraway as a substitute are briskets and various types of roast since this seed will add flavor to the meat without overpowering your dish.

What’s even more is that the Vitamin C content in caraway is an efficient antioxidant which has been proven to help colds and congestions.

Dill has a very similar taste to caraway. It has been commonly used in making dill tea and dill oil. It is also one of the most favorite seasons in Americal and there are so many people I know that love to eat their chips and pickles with dill. But do you know that though this seed actually comes from the brown part and flat oval of the herb's flower, it is still related to parsley, cumin, carrot, and coriander? This is why it can often be used as a replacement for these. Anyway, for your fish dishes, dill seeds can also be a good substitute for fennel seeds. All you have to do is to simply sprinkle some chopped dill all over trout or salmon for balancing flavors. There so many cucumber dishes that requires dill too since dill goes better with acid foods, but you’ll be pleased to know that you can use dill on eggs too and even for rice, stews, and casseroles.

But I have to warn you, dill is not as aromatic as fennel seeds. Though these seeds come with a good amount of calcium content, better than milk. It is also a great source of magnesium, iron including flavonoids which is an antioxidant that has antiviral and anti-inflammatory properties. Dill seeds also work great in lowering your cholesterol, reducing depression as well as relieving menstrual cramps.

No Mexican, Indian and Latin dish would ever be complete without cumin, in fact, it is one of the most famous spices all over the world. When compared to fennel, cumin has this spicy taste but is gentler than chili as well as earthy scent, which make both spices a bit different in terms of flavor. People are also not using these two spices in the same way. While fennel seeds are popularly being used in seasoning the food while you cook, cumin seeds on the other hand often act as a garnish which can add texture to your sauces, salads, tortillas, soups and several other dishes that are already cooked.

Anyway, cumin is also being sold in powder form which is great since it can easily blend with the other seasonings like fajita seasoning and taco seasoning. But the good news is, both cumin seeds and cumin powder is available in the mark all through the year, making them an easy-accessible substitute for fennel seeds.

When it comes to nutritional value, cumin has also something to boast. This herb can help your digestive system, improve your immunity and can even prevent the development of cancer cells. A study also shows that cumin has the ability to treat insomnia and some respiratory disorders.

Well, there’s no surprise to this. Of course, the best way to substitute a spice with slightly licorice flavor is by using an actual licorice powder. This powder works best in both savory and sweet dishes, simply like fennel. But don’t get me wrong, I’m not saying you can use these two spices in the same way. You should know that licorice has a stronger flavor than fennel seeds and since it has a high content of glycyrrhizin, a type of active component that is 50 times sweeter compared to sugar, this herb is extremely sweet. So I suggest you use a smaller amount of licorice when using it as a substitute for fennel. For instance, if your recipe calls for one teaspoon of fennel seeds, use an only ½ teaspoon of licorice powder to bring the same flavor.

Also, licorice is being sold in raw root form. Now if you’re thinking of using it this way, then you might need a bit of hard work to steep the roots in a hot liquid just to bring out its flavor; you will be using the liquid in seasoning your dish. The longer you will steep the licorice, the more intense the flavor will be.

So what benefit can you get from licorice? Well, it has been named as one of the best spices for modern diets because of its high content in vitamins, minerals, and antioxidants.

This staple in most Mediterranean cuisine is widely be used in cookies and bread. This is because the seeds of Mahlab comes with a taste that wonderfully combines sourness and sweetness and its aroma is really subtle. Although this is not the best substitute for fennel seed, it can still be a good choice just in case supplies will be running low. Mahlab is actually available in seed and powder form. If you are going to use the seeds, you will need to cook them before you begin adding them to your savory and sweet dishes. In this way, you will be able to eliminate its bitter taste and at the same time to lease its fruity and rich flavor that can blend really well with various sweet dishes.

If you want to extract all the flavors of the entire Mahlab seeds, I suggest you grind the seeds down with a pestle. I know this task can be a little daunting, but as long as you have the proper tools on hand, you should not find it difficult. Also, you should take note that the Mahlab seeds come with oils that quickly dissipate once it has been exposed to the air, so make sure you quickly add them to your dishes.

There are so many recipes that require fennel seed, but there will always be times that we don’t have this herb on hand. So I suggest you shake things up and don’t limit yourself from exploring something a bit different.

Don’t hesitate to try out new cooking methods and use a substitute for fennel seeds with your favorite dishes. Sometimes the best dishes can be done when we ran out of something and decide to test new things.

How about you? Do you have particular herb you use as a substitute for fennel seeds? Let me know in the comment section below. I would love to hear from you. 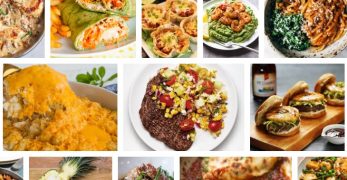 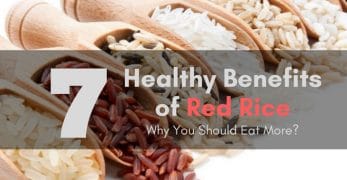 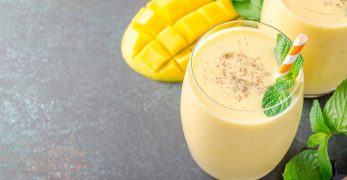 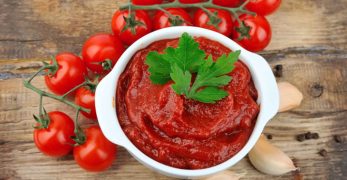 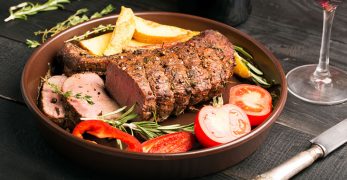